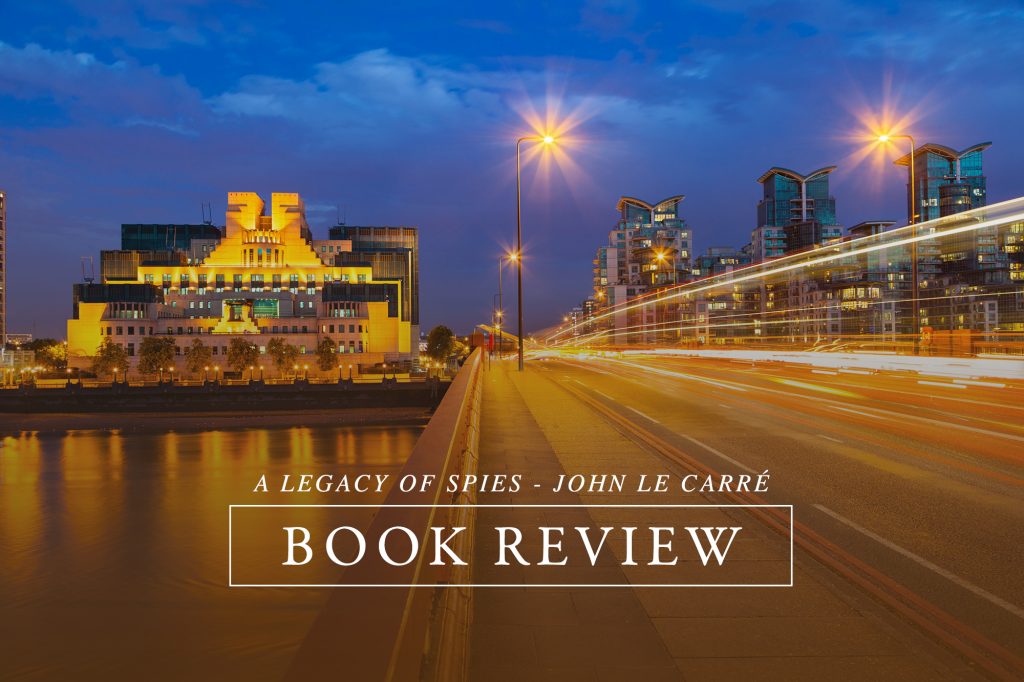 I finished the 2017 book by British spy novelist John le Carré a few weeks ago. In the late 70s I read every book he’d written up to that time while I was pretending to be a Lit major in college. So, up through Smiley’s People all in the space of a few months. If he’d stopped writing then, the novels he’d written so far would have been a remarkable body of work. Over the years I read most of his other books when they came out or shortly after.

Le Carré started going seriously off the rails politically by that point in the late 70s and the next batch of books often reflected his his hatred of Israel and the United States. Some observers have noted that Le Carré has the worst characteristics of the old British political establishment: a lingering resentment of the United State supposedly usurping British world political hegemony in the post-WW II era, leaving the UK as America’s lap dog. His obsession with Jews and Israel is, I think, his way of coloring in the supposed evils of America – that the US is simply a puppet on strings pulled by Israeli politicians. All of that said, Le Carré is a towering figure in the writing world and still has the ability to describe a vision of a better England (and a better England on the world stage) than most of the British politicians.

Not that all of this post Smiley’s People work is anti-American and anti-Semitic – The Night Manager (from 1993) being one example of an amazingly well crafted and well written story.

I was eager to read Legacy of Spies if only because the reviews indicated the main character was Peter Guillam, one of Smiley’s devoted assistants and one of the minor characters in the very first Le Carré spy novel, The Spy Who Came in from the Cold (1963), and later on Tinker Tailor Soldier Spy (1974).  The premise of Legacy of Spies is that Guillam, elderly and retired to Brittany, is called back to London to be interviewed/interrogated about events that happened leading up to the death of Alec Leamas in The Spy Who Came in from the Cold, and the aftermath of that operation. It is revealed that Leamas had a child with an East German woman at the time of his death – that son, now an adult, has appeared and may be trying to claim that the British government is responsible for his father’s death. Or he may not be.

What I found very interesting about the book is that there were obvious plot gaps and unexplained plot twists in The Spy Who Came in from the Cold, and Legacy of Spies (written more than fifty years later) is Le Carré’s attempt to revisit that story and fill in the gaps.

The story alternates between scenes in present day Brittany and London juxtaposed against numerous flashbacks to the failed operation that lead to and resulted in Alec Leamas death. Or was it a failed operation?

Even in his mid 80s, le Carré is a formidably talented writer and this story was a great re-visit to Guillam and Smiley and the closing of the story once and for all of Alec Leamas. I enjoyed this book tremendously.