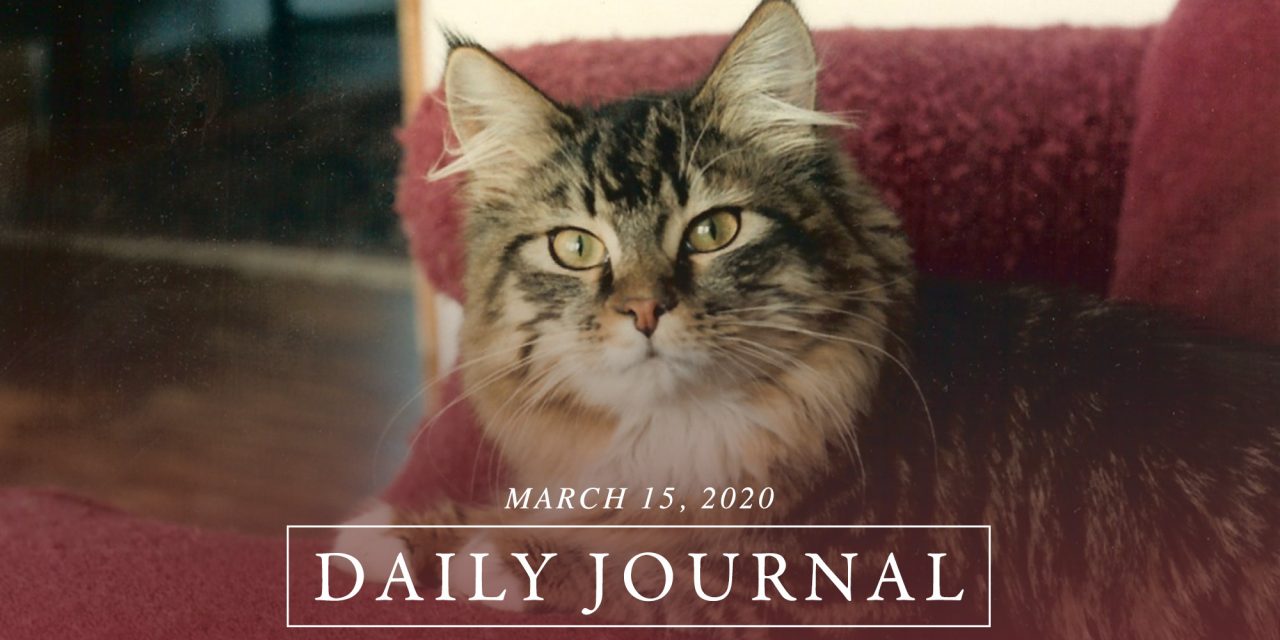 Hobie was the Maine Coon cat I got in 1991 to replace Dexter, the Abyssinian that died in September 1991 from Feline Infectious Peritonitis. Hobie was the last cat in a large litter of a skitchy breeder in Sultan WA, although I didn’t know how skitchy at the time. He was the runt of the litter, that much the breeder told me. His mother was around 18 pounds and his dad was nearly 25 pounds, fairly normal sizes for Maine Coons. Hobie was never larger than about 13 pounds & toward the end of his life he was down to around 8 or 9 pounds.

By the time I took him to the vet a couple of days after I got him, there wasn’t any way I was taking him back to the breeder, even though the vet told me he had a heart murmur that pretty much ensured he wouldn’t live that long. Hobie lived to be 22, finally passing away in 2012, so the vet was off a bit, although every vet that checked Hobie mentioned he had a heart  murmur.

Hobie was a bit weird, but was super companionable during his whole live. He bonded with a few people over the years. Pam, our personal assistant who worked at our house in Petaluma was a huge favorite of his – we swear that when he saw her arrive, he meowed something that sounded like he was trying to say her name. And he liked our cat sitter a lot, even though she was really a dog person – she bred Boxers.

Hobie liked a well-run household, especially he liked early breakfasts. The earlier the better – 4 a.m. if possible. If no breakfast had been organized by 6, the chances of be getting bitten on the nose if I were still in bed increased with each minute.