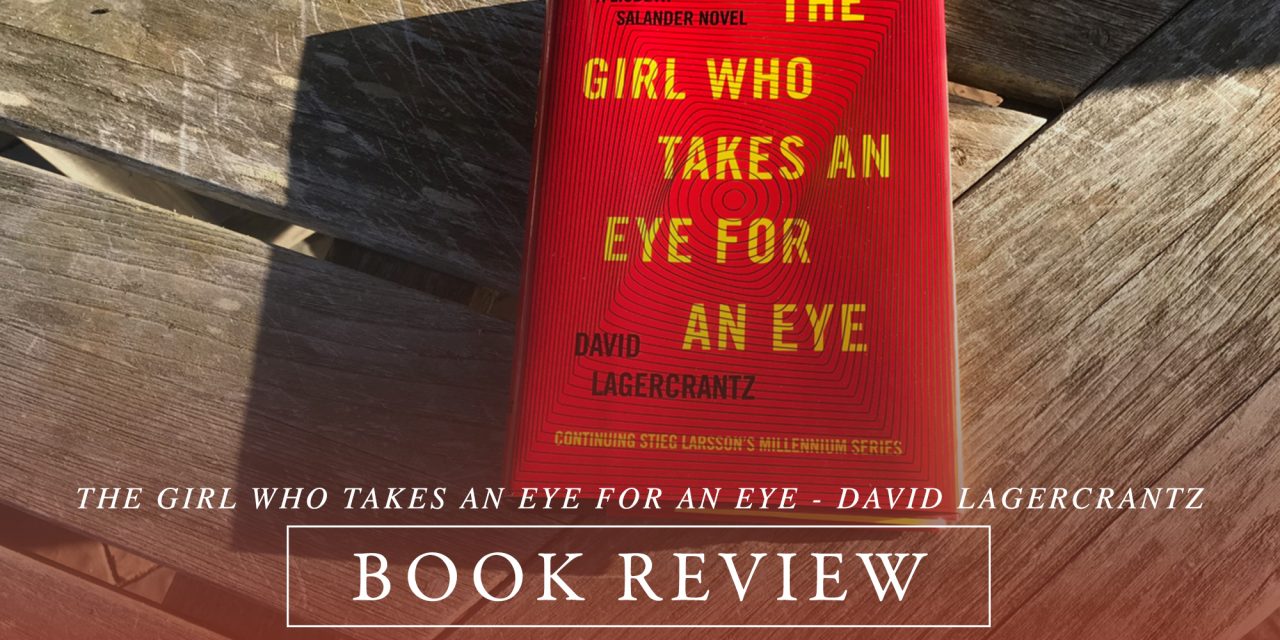 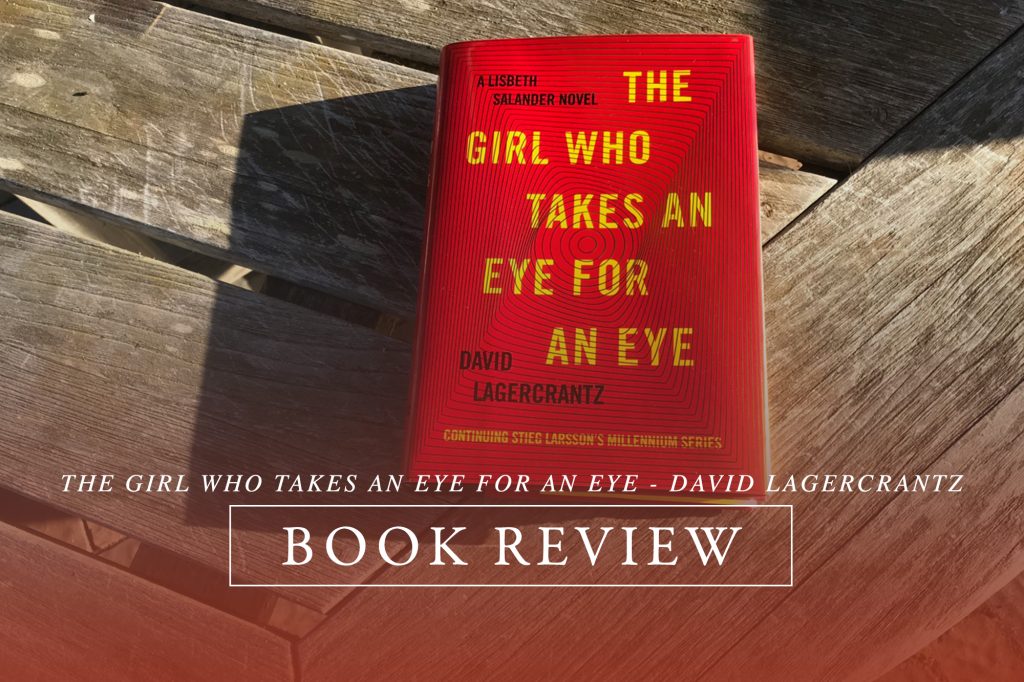 I just finished reading The Girl Who Takes an Eye for an Eye (TGWTAEFAE), by David Lagercrantz. It’s the sequel to the The Girl in the Spider’s Web (TGITSW) that I reviewed here recently and the fifth book in the Millennium series that started with The Girl with the Dragon Tattoo. As you call surely know, the first three books were written by the (now deceased) Swedish author, Stieg Larsson.

The latest book reunites Lisbeth Salander, journalist Mikael Bloomkvist, magazine editor and on-again/off-again love interest of Bloomkvist, Erika Berger, and Salander’s former guardian, the now quite elderly lawyer Holger Palmgren. Camilla Salander, Lisbeth’s evil twin, virtually disappears in this story, which is sort of odd given that one of the main subjects of the book is the psychology of twins.

The book opens to find Lisbeth locked up in prison for two months related to charges brought against her from her actions in TGITSW. Her imprisonment itself seems a bit of a logical leap given the TGITSW, but logic flaws happen with disappointing regularity in this book in the Salander story. While in prison, Salander assumes responsibility for protecting a young woman from Bangladesh being abused by a prison gang headed by a sadistic lesbian skinhead who fancies herself a Mussolini devotee. Salander eventually intervenes in the abuse, with predictable results. Meanwhile, Salander is manipulating the prison warden into giving her internet access so that she can continue her research into her family as well as her hacking.

While Lisbeth’s in prison, Palmgren receives an odd visit from a woman who long ago worked in the psychiatric facility where Salander was imprisoned and abused for years. The woman leaves Palmgren with a stack of documents from the clinic, hinting at the real reasons Salander ended up in the facility.

Bloomkvist and Palmgren become convinced that the documents provide evidence in a (naturally or this wouldn’t be a book) larger government decades-old conspiracy vaguely related to ethnic cleansing. Bloomkvist eventually ends up tracking down a somewhat mysterious Swedish financier who may hold the key to unlocking the story.

I didn’t enjoy this book as much as any of the first four in the series – primarily because of some logic flaws in the plot and that I was disappointed that Salander has almost become a caricature in this book – she’s just short of needing a cape. That said, Lagercrantz is a good writer – the pacing and the juxtaposition of scenes among characters and interposing timelines is really good and makes the story move along faster than it probably has any right to. It’s worth reading if you’ve read the first four books, but it isn’t a reason to start the series if you haven’t already.