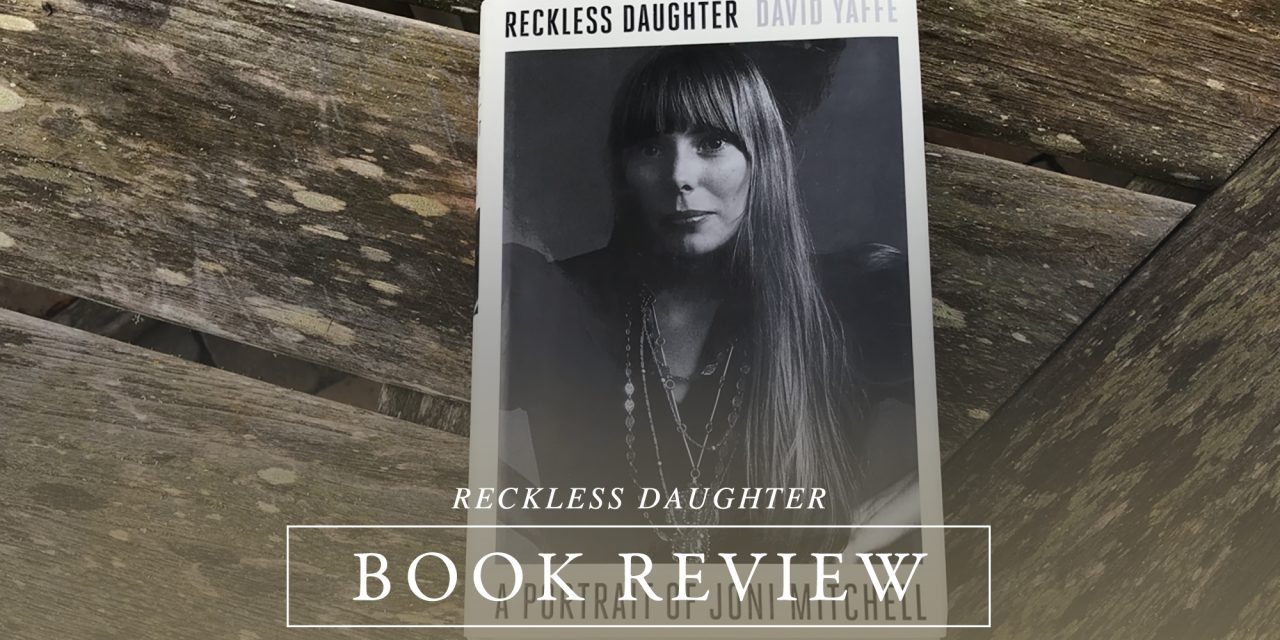 Reckless Daughter is a biography of singer Joni Mitchell written by David Yaffe. The book was published in 2017, so after Mitchell’s stroke and during her recovery. Yaffe is an unabashed fan of Mitchell and this is reflected in the book. Some of the reviews I’ve read about the book claim that Yaffe’s book amounts to an approved biography, which is reasonable given the number of hours Yaffe spent interviewing Mitchell over the course of several years.

Yaffe has written other nonfiction books about music, including a 2011 biography of Bob Dylan (Bob Dylan: Like A Complete Unknown) and the role of jazz music in American literature (Fascinating Rhythm: Reading Jazz in American Writing). His writing is solid and very detailed – he interviewed hundreds of people in researching Reckless Daughter and the book seems like a fair portrait of Mitchell, inarguably one of the most influential musicians and composers of the last half of the 20thcentury.

The book details her childhood, the start of her musical career, the recognition of her place in music history, her career difficulties in gaining acceptance while shifting gears to a more jazz-like musical oeuvre, and her own attempts at managing her musical legacy. The book also covers her difficult relationships with virtually every person she’s ever met: her parents, her first husband, her second husband, “rival” female musicians, her many romantic partners, producers, other musicians, music company executives and on and on and on.

Like I said, I think the Yaffe meant the book to be a fair but sympathetic look at Mitchell, but the feeling I came away with is that while I enjoy most of her music, I’m really glad I don’t know her or live near her. She got career help from everyone from Leonard Cohen, David Crosby, James Taylor, Graham Nash and many others. In her conversations with Yaffe, she dismissed all of them (save Graham Nash, whom she apparently still cares for) as lesser talents and diminishes their assistance. And she reallydoesn’t like Jackson Brown and Joan Baez. Her difficult relationship with the daughter she gave up for adoption and then reconnected with decades later is examined in detail and Mitchell doesn’t come out appearing less than a monster.

Anyway, the book is interest reading, especially if you’re curious about her songwriting or why she uses myriad guitar tunings. And to reaffirm why you’re probably glad you don’t know her personally.