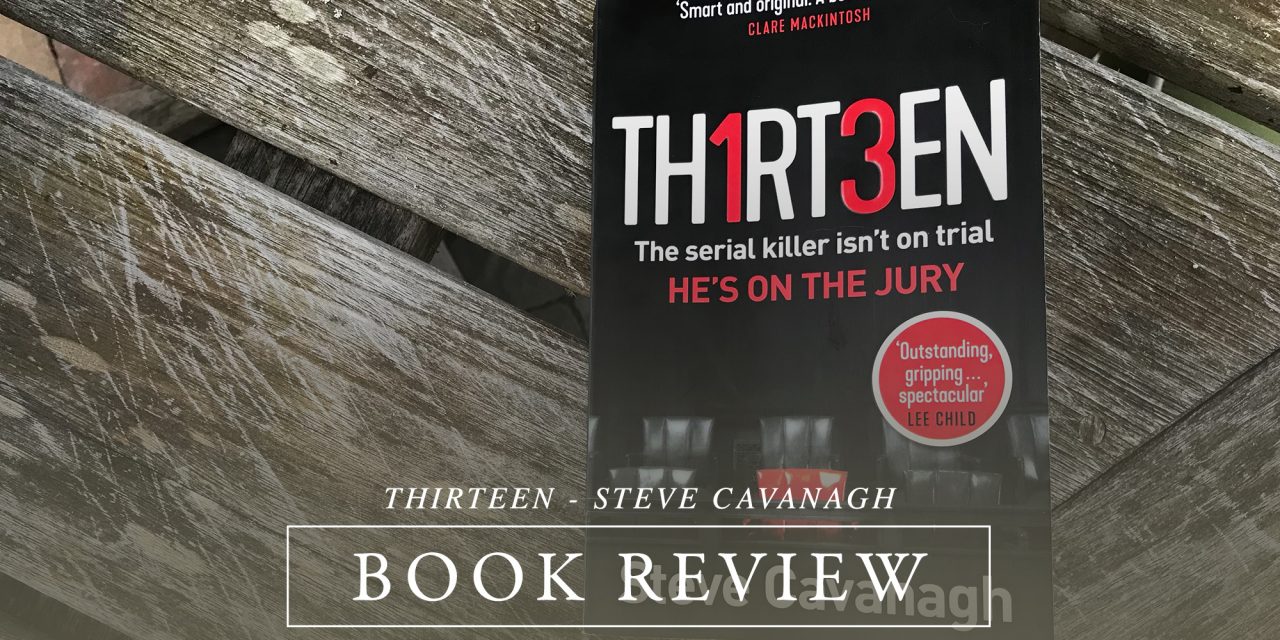 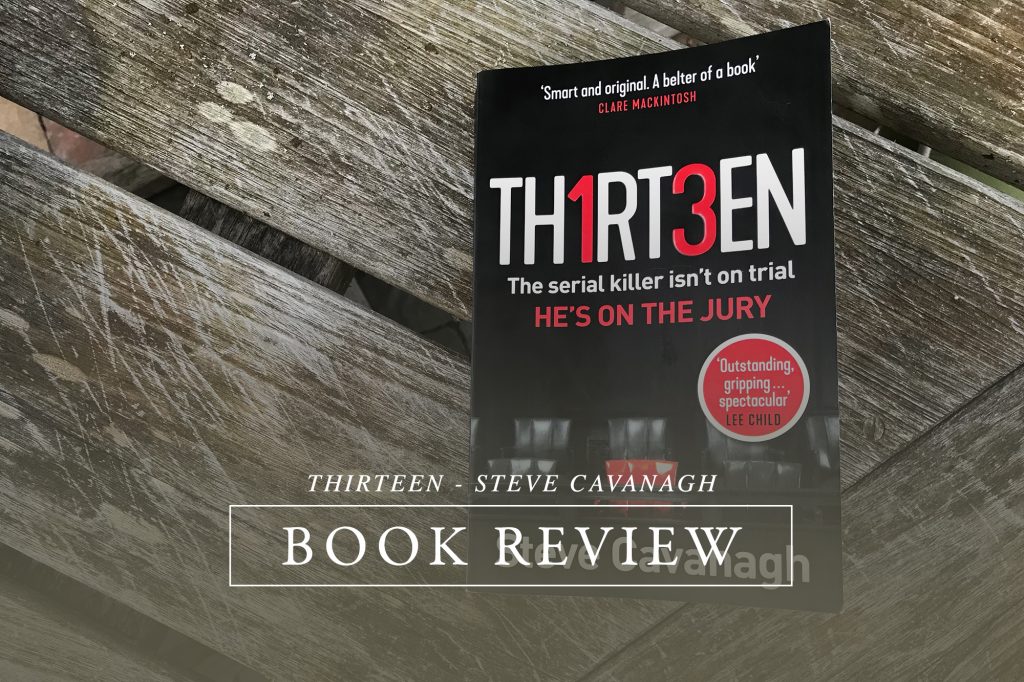 Thirteen is the third book in a series by Belfast author Steve Cavanagh with Eddie Flynn as the protagonist. Cavanagh is an attorney in Northern Ireland, Eddie Flynn is a con man, hustler, and criminal defense attorney in New York City.

Cavanagh is also half (along with Luca Veste of Liverpool) of the irregular podcasting team that does Two Crime Writers and a Microphone, which is a pretty funny podcast.

Cavanagh does an excellent job with New Yorker style dialog – his ear is accurate, especially for someone who says he never traveled to New York City until after the first two books in the series were published.

Anyway, the premise of the book is that a celebrity actor named Bobby Solomon is on trial for capital murder. One of the jurors who’s been seated for the trial is certain that Bobby isn’t guilty. He knows this because he’s the murderer.

The real murderer, Joshua Kane, goes through a complex (and body strewn) process, often using different guises, to ensure that he’s selected for the jury and, once the trial starts, he begins influencing the other jurors. Up to and including “pruning” the juror ranks.

Cavanagh does an excellent job setting traps for the reader to assume we know which juror is actually Kane; the final reveal is surprising.

It’s a fast paced, well plotted read. All of the Eddie Flynn books are good, but Cavanagh keeps getting better as the series goes on.